A delicate and popular French treat originally from Bordeaux, Canelé takes the form of a little, grooved cylinder, traditionally flavoured with vanilla and rum. However, don’t be fooled by its minute size; the canelé hides a mysterious and long history…

It is widely believed that the pastry was first created within the walls of the convent des Annonciades in the heart of 16th century Bordeaux. The nuns of the Annonciades convent would collect wheat that had fallen from the holds of ships or broken bags of flour in the harbour, as well as egg yolks from wine cellars of the Quai des Chartrons. As Bordeaux was a great commercial port, it was easy to source rum and vanilla from the islands. The nuns added these ingredients to their recipe for more flavour, and these little treats were either sold for profit, or distributed to the poor.

Others believe, however, that Canelé was created in the 17th century by “les canauliers,” a guild of pastry artisans in Limoge.

Whichever story you choose to believe, Canelé has been enjoyed in France for centuries and is now a ‘nom deposé,’ hence the capital letter…

Vanilla, Rum… What else?

The traditional ingredients that make up the canelé pastry consist of flour, egg yolk, milk and sugar, whereas modern recipes add tantalising hints of salted caramel, chocolate, raspberry and coconut. 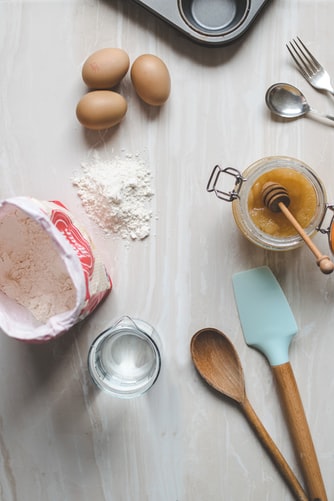 What would you be tempted to add?

Is your mouth watering yet?

Luckily, you don’t have to fly to France to enjoy a canelé or two. There are some great, authentic patisseries in Melbourne at your disposal.

Most notable is Bastille Day stall holder, Sucette, whose baked goods are on full display online. There is no shortage of variety; lemon and poppyseed bundt cakes, chocolate noisette, Basque cheesecakes, flan, ginger loaves and, most interestingly, Sucette’s Matcha variety of canelé that epitomises the evolution of traditional recipes. Please consult the Sucette website for delivery information and options.

Additionally, Canelé Alain specialises in traditional canelé that can be ordered in a variety of sizes and quantities, as well as for the purpose of larger events. Miam miam!