The 2022 Eurovision Song Contest will be the 66th edition of the competition.

It will be held in Turin, Italy, following the country’s success at the 2021 competition with Måneskin’s song “Zitti e Buoni”.

41 countries will be competing this year, with the return of Armenia and Montenegro after their absence at the previous edition.

The Eurovision Song Contest was first organised in 1956, originally conceived with the purpose of uniting European countries via cross-border television broadcasts after the Second World War, and in doing so, testing the capabilities of international distribution.

Following a series of exchange broadcasts in 1954, the European Broadcasting Union (EBU) commissioned an international song contest, from an idea developed by Sergio Pugliese and Marcel Bezençon (pictured below) which was originally based on the San Remo Italian Music Festival. 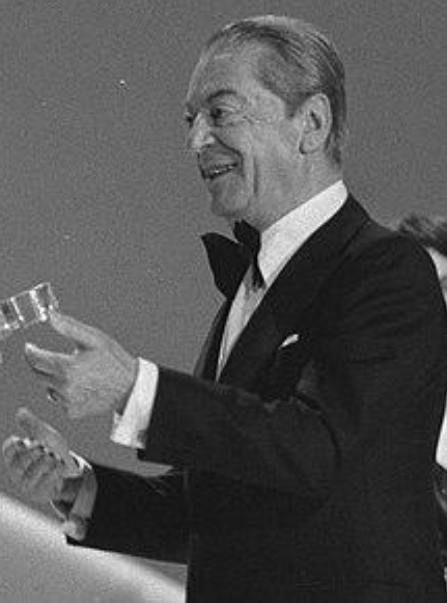 65 competitions have taken place since the first instalment, and more than 1600 songs representing 52 countries have been performed on the Eurovision stage.

The Eurovision Song Contest was credited by the Guinness World Records as being the world’s oldest annual international televised musical competition, and ever since, more than 40 countries take part regularly every year.

Since 1999, France, as well as Germany, Spain and the United Kingdom have automatically qualified for the Eurovision finals, regardless of their results at the previous competitions.

These countries obtained this special status by being the four biggest financial contributors to the EBU and have therefore become known as the “Big Four”. When Italy returned to the contest in 2011, these countries were redefined as members of a new “Big Five”.

France is one of the most titled countries at Eurovision, having won the contest five times, finishing second five times, and coming third a further seven times.

Between the years 1960 and 1993, France enjoyed an uninterrupted period of being classed as the country with the greatest number of Eurovision wins (either alone or equal with other countries).

In recent times, French results have been somewhat disappointing. Since 1998 – the year in which televoting was introduced – France has almost always finished as one of the last 10 contestants.

France has confirmed their participation at the 2022 Eurovision Song Contest, and both the song and the artist for this year have been announced. Alvan and Ahez, the winners of this year’s “C’est vous qui décidez”, will perform “Fulenn”.

Why is Australia part of the EUROvision Song Contest?

Australia was invited to be involved at the 60th anniversary of the broadcast as a sign of good will in line with the year’s theme “Building Bridges”. Subsequently, on the 12th of February 2019, Eurovision confirmed that Australia had secured a place in the competition for the following 5 years, up until 2023.

Tune in on Wednesday the 11th of May for the launch of this year’s Eurovision Song Contest!

Interested in finding out about more annual European events? Check out our article on the Tour de France !